Jon is originally from Sevierville, TN, gateway to the Great Smoky Mountains National Park (spring lizard capital of the world) and home of Dolly Parton.  Growing up around such beautiful scenery and encouraging parents, it’s no wonder that he turned out to be an aquatic ecologist.

Jon began collaborating with TNACI in April 2014. He is an assistant professor of Biology at Appalachian State University.  His current research focuses on investigating how individual variation in dispersal (i.e., differential dispersal) affects population demography and the strength of species interactions.  This work is done primarily in aquatic communities of North America with endangered amphibians and reptiles. 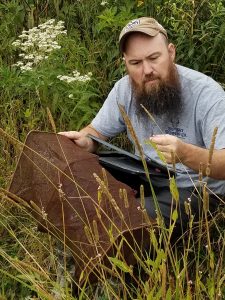 Favorite saying: “BBQ is a noun, not a verb”

Least favorite cd: Thanks to my children, the Frozen 2 soundtrack